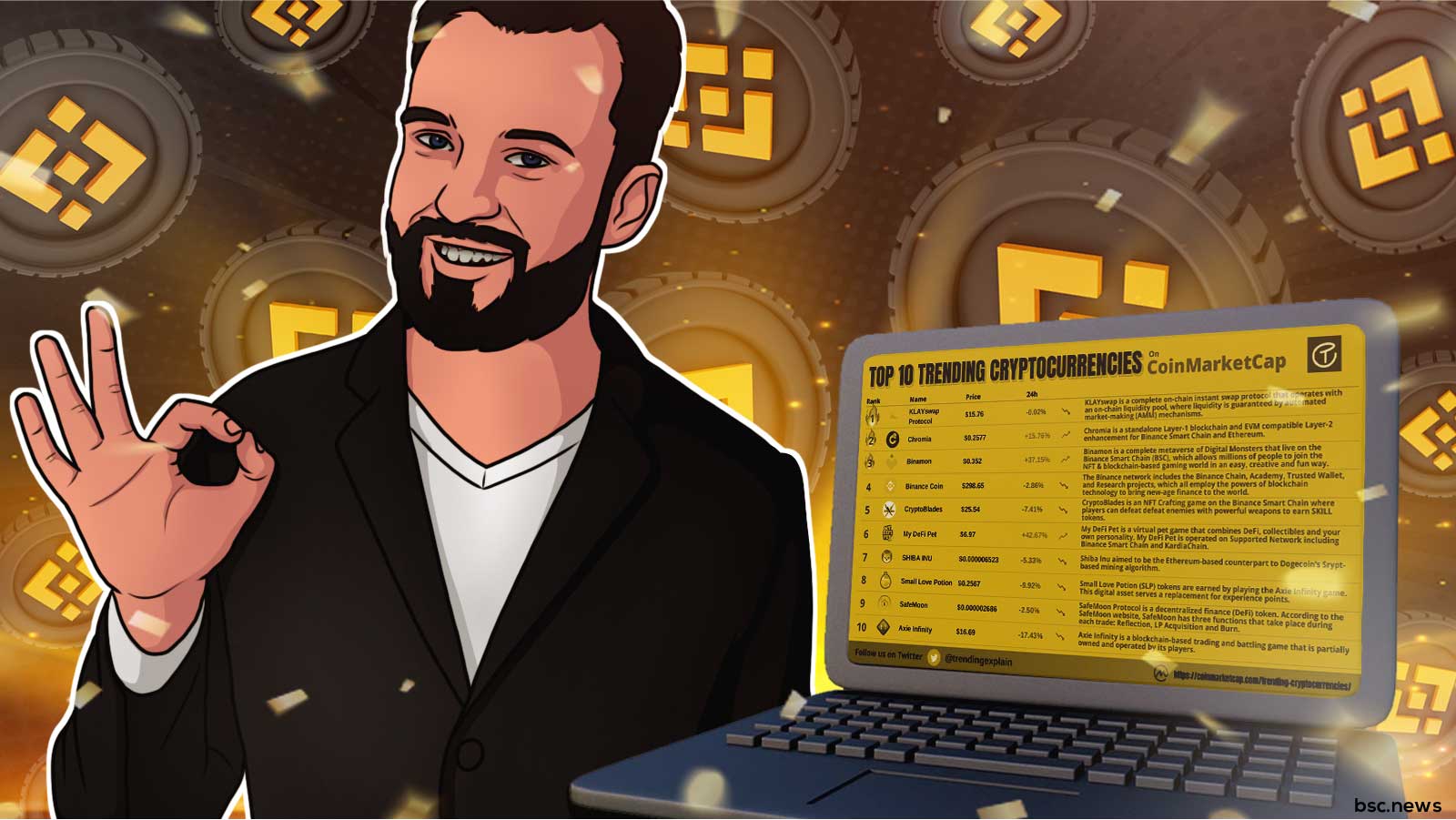 Three NFT projects are growing rapidly on BSC ahead of the big Most Valuable Builder reveal this week.

Attention Ahead of MVB 2

This week Binance will announce the Phase II recipients of the Most Valuable Builder (MVB) Program. With a special focus on NFTs, now is a key time for an NFT-based project to be garnering attention.

Let’s take a look at the top three NFT projects according to CoinMarketCap and their performance this week: Binamons, My DeFi Pet, and CryptoBlades. Binamons is already an official partner of Binance, but the other two are seeking MVB support this week.

The Digital Monsters NFT game site carried a solid week and its community is growing fast. In just under a month since launch, the price has swelled to an all-time high of $0.45 USD on July 19. This is a 5,000% increase in 23 days.

Binamon is like Pokemon meets blockchain. The monsters can battle, trade, stake, and more within the Binamon single and multiplayer modes.

People really do love digital monsters. The top Binamon NFTs are listed for as high as $7Million.

The NFT & blockchain-based gaming world is a fun and creative platform to get users excited for crypto. The Binamon project has capitalized on the popularity of monster-taming games to bolster their platform.

CryptoBlades is moving forward with several endeavors to coincide with the MVB 2 program. This week the platform will be updating its marketplace, adding a GitBook, and looking to land on more exchanges. Bilaxy already listed the SKILL token themselves and bought some tokens in a show of support.

The NFT game, which combines $SKILL and medieval thematic content, has grown to have over 40,000 unique users. BSC News exclusively covered the rise of Blades yesterday.

CryptoBlades saw a major increase in their proprietary token value. From a starting price of around $10, the price of $SKILL previously hovered around $1. Since being named as part of Phase 1 in the MVB 2 program on July 8, the price has shot up to an all-time high of $48.06 on July 18, according to CoinMarketCap.

If you ever played Runescape, this might be the game for you. Players forge their character’s weapons and trade them on the marketplace. They can stake earnings and obtain more SKILL rewards to improve their character or increase assets.

My DeFi Pet is a game for pet lovers that combines DeFi, NFT collectibles, and the user’s own personality. The NFT virtual game is riding a remarkable wave from their community in Asia.

My DeFi Pet saw an over 300% increase over the past week. The $DPET token has seen a seven-day High/Low of $8.69 and $2.10. The token runs a supported network on BSC and KardiaChain.

The market cap hit a high of $60 million for the $DPET token. At the time of writing, the token had fallen 20%, back down below $40 Million.

The coin has been trending in the top two on CoinGecko for two weeks running. During the week of July 3-9, the platform only had a market cap of $11 Million. The price has increased over 900% in two weeks from a low of under $1 on July 6th.

For More Information about My DeFi Pet, follow their socials:

It appears 2021 could be the birth of an NFT Summer. The unique digital assets have taken the globe by storm. With the innovation to set NFTs up for gamification, a whole new range of use cases is now possible. The MVB revealed by Binance later this week will reward projects the exchange feels are on a path for success.

NFTs for games could potentially have the appeal of card games like Magic The Gathering or Pokemon. The unique value to NFTs and the growing use cases are expanding and encompassing more and more industries by the day.