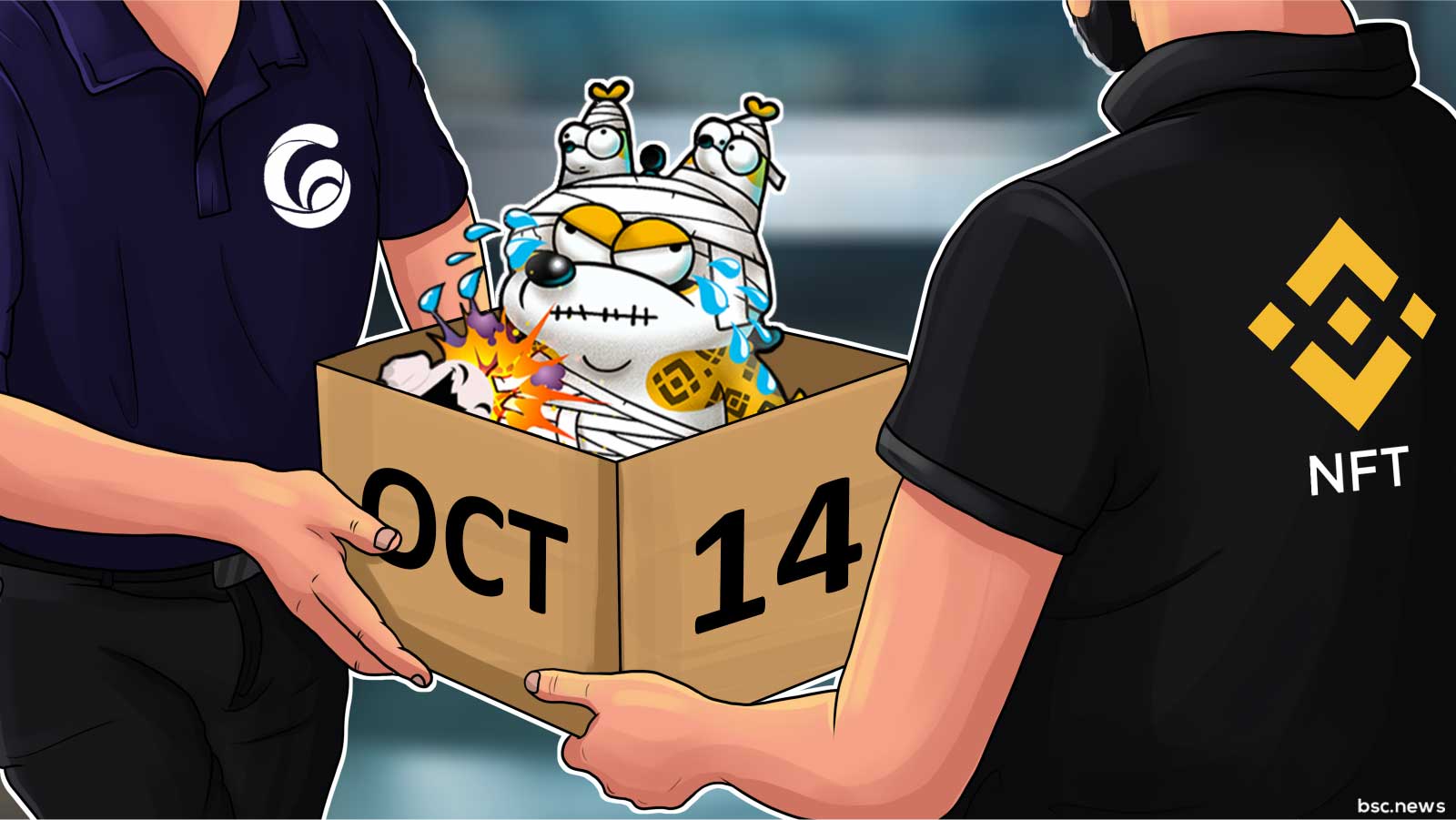 The high demand for the Metamon NFT characters confirms the passion for their GameFi Metaverse experience - and their control of the secondary NFT market is quite impressive.

On October 14th, Radio Caca ($RACA) had its second Mystery Box sale on the Binance NFT Marketplace. For the second time in a row, Radio Caca Non-Fungible Tokens (NFTs) sold out with 5,686 collectors purchasing 30,000 mystery boxes. The NFTs were centered around their new Binance Smart Chain (BSC) game, Metamon, a planned integration to their Universal Metaverse (USM).

This mystery box sale allowed buyers to win Super Rare, Rare, and Normal Metamon, along with Metamon Eggs. One lucky buyer scored an SSR X Carnival Lion - a character to be featured inside USM.

While the quick manner the NFTs sold out in is exciting, what’s more intriguing is the control Radio Caca has taken of the Binance NFT market.

While many projects can boast selling out NFT collections, it is Radio Caca’s firm control of the Binance NFT market in general that sets them apart. They maintained 40% of the total transaction volume on Binance NFT as of October 18th. In total, within 3 days of the initial sale the secondary market volume of the Mystery Box NFTs was $2,265,564. These numbers indicate that Radio Caca is beginning to exert major influence on BSC and its NFT market.

Their last release took up 90% of the entire Binance NFT market share during the week it was released. This control of the secondary market is an indicator that Radio Caca’s NFTs are valued beyond their initial release - a key sticking point for Metaverse projects.

This success indicates that unlike projects that see their NFTs collect dust and lose value after the initial sale, Radio Caca NFTs are holding user interest in the long term. With an exciting roadmap ahead, it’s not hard to see why these NFTs are seen as real investment opportunities.

What is Radio Caca?

Radio Caca (RACA token) launched in May of this year and is rapidly gaining masses of fans to its already large global and devoted following. RACA recently broke into the top 200 coins per CoinGecko market cap charts, hitting an all-time high of $0.00271085 on October 10th. The token currently sits at #195 according to their rankings.

RACA is composed of a large and experienced team with strong connections in blockchain and game industries - there is a very high likelihood of it becoming a titan of GameFi and Metaverse for the foreseeable and distant future. It is a highly-credible and well-connected project (it would be good to pay attention to the online events and panels they hosted) that provides users with a high quality Play-To-Earn (P2E) experience.

Their ultimate vision and efforts are centered on delivering a highly scalable Metaverse. Their roadmap is quite impressive, with a long list of planned integrations to expand their Metaverse. The roadmap is planned out all the way to 2035, indicating the team has a long term plan for success.

RACA is also the exclusive manager of Maye Musk’s NFT series. RACA is a leader in the Metaverse field and has held panels with crypto luminaries like CZ, Maye Musk, Helen Hai, and Justin Sun.

RACA has a strong market presence and backing due to the efforts of their team. The project has assembled a truly world-class development team with experience in both blockchain technology and gaming. RACA employs 80 engineers full-time plus an additional 300 part-time staff.

Those who were lucky enough to get their hands on the October 14th Mystery Box Sale don’t just own a beautiful NFT. The NFTs are used to play their Play-to-Earn game, Metamon.

Metamon is a fun, visually appealing, and engaging P2E game. It seeks to be an experience that will get more and more enjoyable thanks to support from its engineering team; the game will be updated and improved every 2 weeks according to the team.

Metamon are the main characters in the game, ownership of which belongs to its NFT holder.

Metamon allows people to have a blast challenging other people’s Metamon to win in-game rewards (NFTs). Although the game is only on BSC as of now, RACA NFTs have cross-chain compatibility. This means you can list any NFTs you earn on RACA’s own secondary marketplace or on OpenSea. We recently covered Radio Caca’s innovative NFT Marketplace in a previous article.

What Gameplay Does Metamon Offer?

Users can have near-infinite variety and fun while playing Metamon in the following methods:

The game will continue in expansion as its user base grows, with eventual integration into USM planned for December 2021. Through playing the game players can level up Metamon, win potions, eggs, and more Metamon, and then list those NFTs on OpenSea or the Radio Caca’s secondary market. Have a blast while playing to earn - that is the power of GameFi.

You can still join the fun even if you weren’t able to score a Metamon for yourself during the mystery box sale. Users can acquire a Normal rarity Metamon on the RACA NFT Marketplace (to ensure everyone has a fair chance to get in on this game, daily quantity purchase limits were put in place).

RACA continues to build on its success as one of the hottest projects in the GameFi and Metaverse industry: consecutive sellouts of its NFTs; exclusive rights to Maye Musk NFTs; exciting P2E Metamon experience; the upcoming USM Metaverse; a large and experienced team; a rabid and devoted fanbase; and most importantly, continued control of the secondary market on Binance NFT.  All of these factors could propel this project toward even greater heights. GameFi and Metaverse are the future and we look forward to witnessing great projects establish themselves for many years to come.

To learn more about Radio Caca, visit the following links: