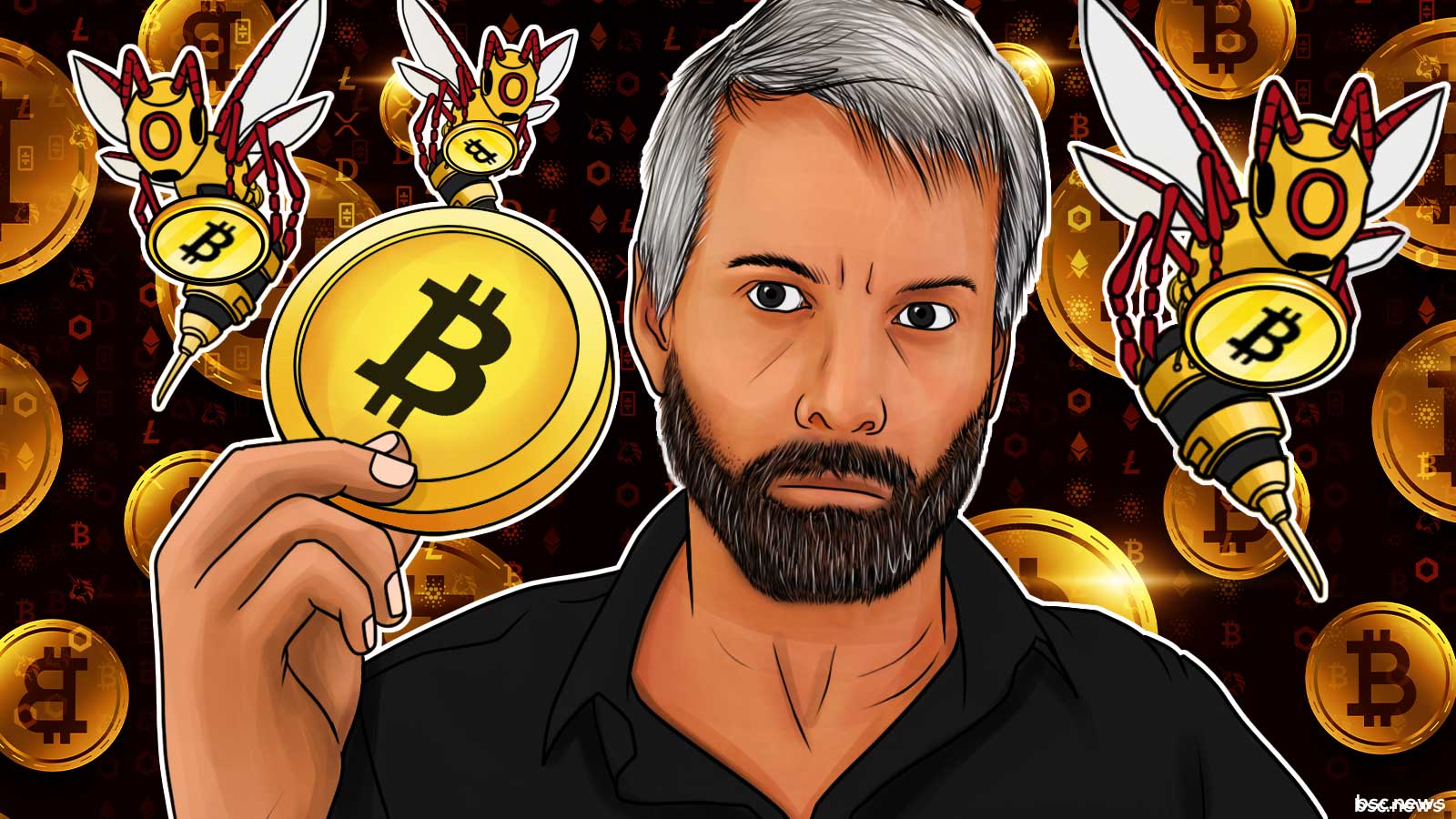 Micheal Saylor, one of the most recognized faces in the crypto community, continues to add more Bitcoins to MicroStrategy’s balance sheet with his recent purchase of 3,907 BTC. In a tweet by the vocal proponent of Bitcoin, he disclosed that his company MicroStrategy had spent approximately $177 million in cash for an average price of $45,294 per bitcoin.

Saylor included some choice imagery for his latest tweet, using the metaphor of bees and their horde mentality of a hive. The image shared depicts a swarm of hornets moving towards bitcoin, referencing his pinned tweet from September 19, 2020.

“#Bitcoin is a swarm of cyber hornets serving the goddess of wisdom, feeding on the fire of truth, exponentially growing ever smarter, faster, and stronger behind a wall of encrypted energy,” he tweeted on August 24th.

MicroStrategy is now the leading company that holds the most bitcoin on its balance sheet. The second-largest bitcoin holding company is Tesla Inc, with a distant 42,902 BTC. Before this purchase, Saylor declared on June 21, 2021, that MicroStrategy purchased 13,005 BTC at the average price of $37,617.

Making a Case for Bitcoin

Saylor declared that he personally holds 17,732 BTC that he purchased at an average price of $9,882. He discovered bitcoin in March 2020 while he searched for the next asset to invest in because holding cash was not an option.

He has constantly referred to Bitcoin as digital gold without the imperfections of gold and with added advantages. Bitcoin is also a technology that allows for layer 2 and layer 3 applications that are often faster, smarter, and stronger in a digital form.

Saylor also believes that institutional adoption will increase as the accounting treatment catches up with technology. Most accounting rules practices have been around before Bitcoin and even appeared on the balance sheets of corporations. Once the momentum shifts to Bitcoin, the accounting will eventually catch up.

Currently, Bitcoin is treated as indefinite intangible, and it is touted as the most conservative accounting treatment that can be applied to any property or any asset. The problem with this accounting treatment is that the fair value will diverge dramatically from the asset’s book value. Saylor identifies this as one of the single biggest impediments that prevents institutional Bitcoin adoption.

Micheal Saylor is one of the most bullish believers in Bitcoin. However, not many institutions are prepared to take the leap of faith and make Bitcoin a company’s primary reserve asset. But, if the asset’s value is any indication of Saylor’s foresight, he has so far been accurate.

The average price of the Bitcoins purchased by MicroStrategy stands at $26,769, compared to its current price of $47,000 at the time of writing. His personal Bitcoin stash has appreciated by close to 5 times its initial investment.

MicroStrategy’s decision to go all on Bitcoin with its balance sheet may not be a comfortable decision to many. Primarily because of the asset’s volatility. There are also other categories of assets that are investable.

Although Bitcoin adoption has been increasing at an unprecedented rate, the risk is still relatively high. Adoption is a process that takes time, and investors must be prepared to consider Bitcoin as a long-term investment to reap the maximum benefit.