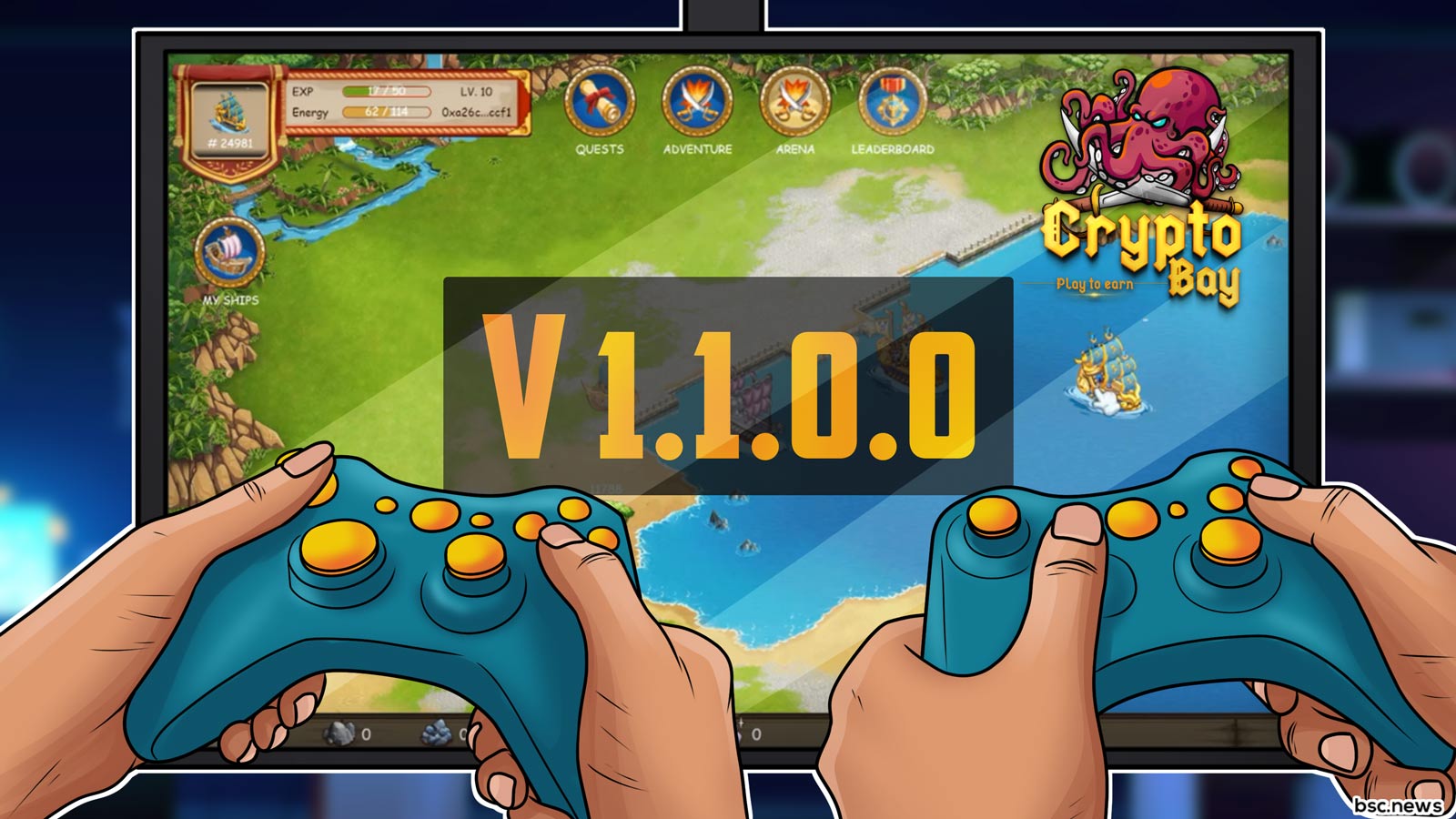 BSC PlaytoEarn project CryptoBay details the release of the latest version of its GameFi project; several upgrades have been conducted.

The latest iteration of CryptoBay’s GameFi project has come to fruition with a series of updates for users to begin enjoying immediately.

CryptoBay version 1.1.0.0 officially launched after the team confirmed the news via Twitter on January 18. Downloads are available here for devices including: Android, iPhone, macOS, and Windows.

The Binance Smart Chain PlaytoEarn project has underlined a key upgrade as being that of Shipbuilding. This will culminate in the following important impact for CryptoBay’s community:

“The cost of pearl token is reduced. In addition to pearl token and wood, shipbuilding materials also require BAY token. More empowerment for BAY will continue to be launched, stay tuned!” The project team has announced via social media channels on January 22.

The hope for the project will be to keep offering utility, especially at a volatile moment in the GameFi space. Crypto markets as a whole have endured a downturn in recent weeks, but for those concentrating on GameFi, the main aims this year will be to cultivate a loyal and responsive following — this can only be done by offering token utility and a fun, playable product. CryptoBay will be aware of this and the importance of building in this regard.

CryptoBay is a Play-to-Earn metaverse game platform on BSC where users can build harbors and grow their ecosystem. They can also fight against pirates in adventure mode. The adventure mode has boss battles and other intriguing daily missions to build their kingdoms. CryptoBay is currently the most popular game on BSC with over 18K users.